DEBT SETTLEMENT- DEBT FREE? OR NOT? 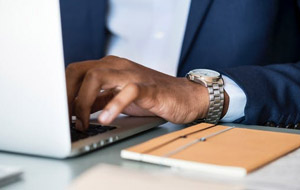 When people come to see me with debt problems, they are under enormous stress.  You’ve already tried everything.  Very few people are anxious to “throw in the towel” and just file for Bankruptcy. I talk with people who have tried for years, decades sometimes, to pay off their debt. Unfortunately, the interest rates have already spiked so high (over a missed payment or two!) that they are just paying interest with their payments!

One of the great myths about people in debt is that if only they buckled down and paid off their debt, or settled it, they’d be able to put the debt behind them.

Congress even bought into this myth, adding a requirement to the 2005 Bankruptcy Reform Act that before someone files for bankruptcy that they complete a pre-filing counseling course which, among other things, requires that the Debtor hear that he or she has all sorts of options besides bankruptcy, such as debt management plans, debt consolidation, or debt settlement.   In reality, people have tried almost EVERYTHING before they come to see a Bankruptcy Attorney!!!  And, as a result of trying these things, they’ve wasted more money.  Those are great ways out, right? In most cases, that’s WRONG!

Let’s take a look at Debt Settlement.  The Wall Street Journal’s recent article explains Debt Settlement companies promise to help you out of debt, but in reality do more harm than good most of the time.

First they might promise a loan, but people don’t qualify.  The next stage is to have the client pay them, while stopping payments on all their debts. The unpaid debts kill your credit report, and then lawsuits are filed.  All the while, you are paying the consolidation firm some hefty fees, such as 25% of the amount owed.  And, many times the attempt to settle the debts fail.

To top it off, you’ll have to pay taxes on the amount saved.  So all in all, you’ve paid thousands of dollars, trashed your credit, and are worse off than when you started.

And now, finally, of course, you’re out of money and then you finally see a Bankruptcy Attorney like me.  Unfortunately, you wasted all that time and money before realizing that Bankruptcy could have been a better solution all along.  Most people say they wished they had come in to see me much earlier!

With the other “solutions” the devil is in the details.  Get all of your options, and decide.  Don’t automatically think that Bankruptcy is the worst solution.  Just because of what you “hear” from friends or on TV.

Call me with questions about Bankruptcy.  You’ll wish you called sooner!!

« What is an Adversary Complaint in a Bankruptcy Case?
BankruptcyLawChicago’s New Palos Heights Office to Serve Chicago’s South Suburbs! »