What is an Adversary Complaint in a Bankruptcy Case? 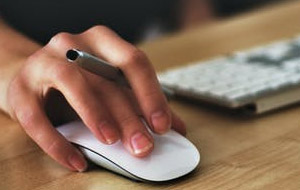 What is an Adversary Complaint in Bankruptcy?

There are very specific laws that allow a person to contest the bankruptcy case.  One way to  a contest a bankruptcy case is to allege in an Adversary Complaint that the person filing the case lied on his or her application for credit. If she lied and said she was earning a lot more money, and the creditor relied on that information to give her the credit, that creditor could allege that she obtained the credit through a written statement under Section  523 (a)(2) (B).  If the creditor believes that the Debtor lied orally and not in writing, that would fall under Section 523 (a) (2) (A).  The allegations have to be specific, and can’t just involve a person promising to pay.  The representations have to be much more serious than that to amount to fraud.

Another way a creditor can contest a person’s bankruptcy is to allege that the person made a “material misrepresentation” so important that they are contesting the whole bankruptcy.  That would be a complaint to deny discharge under Section 727 of the Bankruptcy Code.  These are not easy allegations to make. That’s because the misrepresentations have to be serious. Things such as failing to disclose property that someone owns would qualify.  This type of Adversary Complaint would seek to “throw out” someone’s entire case.

These are just some examples of Adversary Complaints that are filed in Bankruptcy Cases.  These things do not happen a lot, but when they do, they can create problems, and complicate a Bankruptcy Case. These are complications that you would not ordinarily want to happen in your case.  Many times, an experienced bankruptcy attorney can help predict the likelihood of getting a Complaint in your case.  It’s best that you tell your attorney everything about each debt, so that they can help.  And, once an Adversary Complaint is filed, many times defending the complaint involves more legal fees, and a separate representation.  So, it is best to know as much as possible before filing your case.

« Franchise and Small Business Start Ups- High Risk and High Reward- We Can Help
DEBT SETTLEMENT- DEBT FREE? OR NOT? »