Court to Mortgage Companies- File Claims on Time to Get Paid in Bankruptcy Cases! 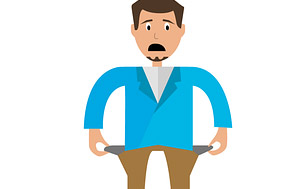 Normally, for consumer bankruptcy lawyers and their clients, things proceed pretty smoothly. And, the how the cases go through the system are predictable.  Congress only seems to pay attention to bankruptcy about every 10 years or so.  And, major court  decisions don’t usually get appealed very often, because the people involved, by definition, don’t have the money to pay to appeal the cases.

But, recently, the appellate courts (the highest level courts that the local bankruptcy courts have to follow) have been making major rulings. Recently, the US 7th Circuit Court of Appeals (which covers Illinois, Indiana, and Wisconsin) made an important ruling that affects Chapter 13 cases (reorganization for people) right away.

In the Pajian case, the Debtor, Edward Pajian was trying to pay into his Chapter 13 Plan to catch up with his mortgage payments. But, the mortgage company filed its claim late.  Mr. Pajian objected to that being paid, and the 7th Circuit agreed, that the claim should not be paid in the Chapter 13 Plan. In the Northern District of Illinois, until now, Bankruptcy Courts used to allow secured creditors to file their claims late, and still get paid. The secured creditor, the bank, now has to live with the same rules as every other creditor.  The advantage is that the Debtor, and the Court, should be able to know exactly what every company is claiming, on time, so that a Chapter 13 Plan can get approved quickly.

But, what does this mean for new Chapter 13 cases?  Yes, it puts the burden on mortgage companies to file claims on time.  So many times, the lenders take forever to file their claim, and that holds up the Chapter 13 process.  But, there’s a downside:  what if they don’t file a claim? Then, they won’t get paid.  And, if they aren’t paid, then the Debtor isn’t able to catch up with his/her mortgage payments. Those mortgage arrears are usually the main reason someone files Chapter 13 Bankruptcy—so they can catch up!  But, just because they aren’t included in the plan doesn’t mean they don’t have to be paid!  The mortgage company could try to get the court’s permission to foreclose because they aren’t getting paid!  One Chapter 13 Trustee already said that he will recommend that the case confirmation (approval) hearing be put off until a claim is filed.  That might even mean having the Debtor’s attorney file a claim for the mortgage company.

This ruling, instead of speeding up the process of getting Chapter 13 plans approved, may just slow them down.  And, instead of clarifying the rules, it makes the process more complicated. We are up to date on these changes, and can help you make your way through the Bankruptcy process.

« What is Your Goal? We Can Help You Score it!
New College Grads, Hit a Home Run with These Money Tips »