The Taxi Cab Medallion Foreclosure Crisis in Chicago- What Can Drivers Do? 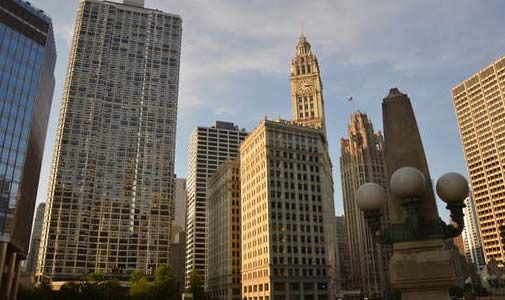 The ride share boom from Uber, Lyft and other app services is the latest industry disrupter to strike in the U.S.  The taxi industry in Chicago has been hit especially hard.  In order to drive a licensed taxi in the City of Chicago, the taxi cab itself must have a Medallion from the City.  The Medallion is a license from the City, which, until recently, was a highly-regulated monopoly.   They were worth as much as $200,000.00 only a few years ago.  And, in order to get into the business, many people, and small family-owned businesses took out loans to finance the medallions.  For many years, that worked out well,  because there was enough work to make the loan payments.

Enter ride-sharing… And, those apps made it much simpler and cheaper to become a driver, without buying a medallion, and cheaper for the rider too. Now, those same Medallions have become worth much, much less. Also, the drivers are getting fewer fares.

Now, drivers are having a hard time making payments on the medallion loans. In Chicago, one of biggest lenders for taxi medallions is Lomto Federal Credit Union.  They, and other lenders, have been more aggressive lately, foreclosing on medallions. See this Chicago Tribune article.  Sometimes, they will allow drivers to refinance the loan, to a lower interest rate and payment, to try to prevent foreclosure.  Sometimes, though, they have not been willing to.  Then, they simply foreclose on the Medallion. When this happens, they file a lawsuit in the Cook County Court, and demand that either the owner pay, or they take the Medallion back. That’s not all, after they take the Medallion back, the owner still owes the difference. So, with $150,000.00 left on the loan, and the Medallion only being worth $50,000.00 (maximum! Now they are probably worth even less!), the owner will owe the rest, $100,000.00.

What can the owner do?  First off, DON’T sign any refinance until you know all of your options, and talk to an attorney. One option to consider is bankruptcy. A Bankruptcy will allow the owner to “surrender” or give back the Medallion (to the City or the lender, whichever is required), and then, not owe any more money. The owner may have formed a corporation to own the medallion, as well, so that corporation may need to close as well. The owner may qualify for chapter 7 bankruptcy, debt elimination, or Chapter 13 bankruptcy, a repayment plan. It depends on the owner’s whole financial situation. We are helping many taxi drivers rebound from their situation.

Taxi drivers, Medallion and business owners, you have options. Call if you have questions. We can help you decide what is best to help you and your family. We have over 25 years of bankruptcy experience with offices throughout Northern Illinois.

« Equifax Credit Breach– How to Protect Yourself
Water Bills in Chicagoland – Are you getting soaked? »