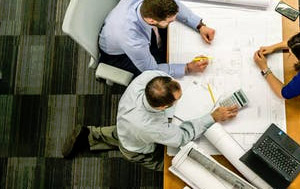 The general rule in bankruptcy is that people can protect their IRAs and retirement accounts.  In June of 2014, the US Supreme Court ruled, in the Clark v. Rameker case, that some retirement accounts are not protected.  The Court ruled that inherited IRAs are not protected in bankruptcy cases.  The Clark case dealt with a Wisconsin resident who filed for Chapter 7 bankruptcy.  The Debtor, Ms. Clark, had money in an IRA account, but that account was inherited from her mother.  The Chapter 7 Bankruptcy trustee argued that it was not protected because it was inherited, and Ms. Clark’s attorney argued that it was just  like any other IRA and should be protected. The Supreme Court decided that these accounts, according to the specific federal exemptions, are not protected.

The ruling was based on the Federal exemptions, which certain states like Wisconsin use for a bankruptcy case.  However, in other states, such as Illinois, where different state exemptions are used, the ruling may not apply, and people who live in those states may be able to protect inherited IRAs.  In those states, courts have yet to rule, but, depending on the language of the exemptions, a debtor could still protect an inherited IRA.

What does this mean for people who have debt and are thinking of filing bankruptcy?  It means that you need to be careful to plan ahead for yourself or family members.  If you are thinking of leaving an IRA for your heirs, an IRA might not be the best way to protect the money from that person’s creditors.Estate planners are coming up with new ways to protect the money now.  See this Wall Street Journal Article.

Also, if you are the one who has an IRA that you inherited, and are considering Chapter 7 or Chapter 13 Bankruptcy, consult with an experienced bankruptcy attorney.