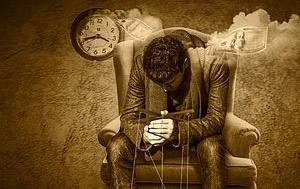 In 2013, the U.S. Congress extended the tax break for people who sold their houses at short sales, or gave up their houses, and were forgiven the balance of the loan.  But, so far, in 2014, they let that tax relief expire.  See my blog article from 2014. So, for almost all of 2014, home sellers were “in limbo”, and didn’t know whether they would have to pay taxes on the amount forgiven or not.

Now, Congress may “come to the rescue”, if you ended up having your mortgage debt forgiven.  The U.S. House of Representatives, last week, passed a bill extending the relief, at least through 2014.  See this Chicago Tribune Article.

Better late then never??  No!  The problem with this late extension is that the people who sold their houses short during 2014 didn’t know what their tax bill would be.  If the purpose of this tax policy is to encourage short sales, and help people avoid getting rid of their houses in bankruptcy, it is a failure!  In order to encourage people to short-sell their house, they would have to know at the time they were selling that they wouldn’t be taxed on any debt that was forgiven.  So, it seems more like a cynical political sound-bite rather than a useful bill.

If you did complete a short sale or deed-in-lieu of foreclosure (giving the house back to the bank) during 2014, and had debt forgiven, you got a lucky break.  If you are thinking of selling your house short or doing a deed-in-lieu of foreclosure in 2015, you can’t count on Congress to extend the law again.  Even if they do, you probably won’t know until after you complete your transaction.

Don’t count on the government policy to help you.  If it does, that’s great, consider it a bonus.

« Life after Bankruptcy– Estate Planning
What to do to help Your Credit Score After Bankruptcy- Send Your Discharge Order to the 3 Major Credit Bureaus. »