Americans’ Income Over the years—We’ve Come a Long Way! 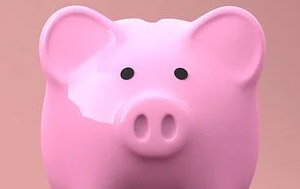 As we reflect this Labor Day, we can be thankful for our salaries. Yes, that’s right, as many people struggle to pay their bills, things were much worse before.

So, we have come a long way, and have a lot to be thankful for. Our wages have gone up, and we have many modern conveniences to go along with that rise in wages. Yes, things were much less expensive back in the “olden days”. And, there were fewer things to buy as well. But, our quality of life is vastly improved over the 1860s, and we are living much longer. We are also working fewer hours.

You can take a look at the income statistics over the years at http://money.msn.com/now/us-incomes-through-the-years

« Employers Supporting Military Families—an Important Job!
Feeling Overwhelmed with Your Finances? What Personal Finance Documents can you Throw Away and When? »