If I File Bankruptcy, Should I Feel Guilty? 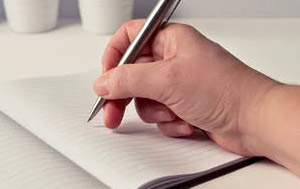 A while back, I wrote an article titled, “Is it Morally Wrong to file Bankruptcy?”   This is a question that many people wrestle with. Take a look at this blog on My Daily Finance “Should I file Bankruptcy? If I do, Should I feel guilty?”.
Now that really gets to the heart of the dilemma for many people. Most people are taught to make good on their obligations, not to “welch” on their debt, and that if they don’t pay their debts, they are “deadbeats”. Hand in hand with money is peoples’ emotions. Money is something that, like sex, is talked about a lot, and moralized about. There are religious rules about money, in addition to the many laws surrounding it, just like sex. So, naturally, people have emotional reactions when they deal with their own finances.

But, here’s the question—asking if they should feel guilty. Guilty! Now that’s an emotionally charged feeling!!! Add guilt to morals, and peoples’ conscience, and you’ve got a heap of emotions! Guilt is something that your mother can give you! Nobody can tell you how you feel, or tell you how to feel, when you deal with your money. But, you certainly can feel guilty. You may feel like a failure if you can’t handle your debt. Whose fault is it? Were you being greedy or irresponsible? Or, were you just stuck in a difficult situation of trying to keep up with your living expenses. Was there a job loss or medical crisis?

The article points out that years ago, it was simpler, because morally, people had to pay their debts back, and the lenders acted morally; now, the lenders who give the credit cards think nothing of acting fairly, and don’t hesitate to take advantage of the credit users when they can. The article’s comments show that people still are into the “blame game”. Some of the comments judged the questioner, saying that they should do anything not to file for bankruptcy, and to “beg borrow or steal” to pay the debt. There is a lot of misinformation in some of the comments too.
Who are we to judge whether a person can pay their debts back or not? We aren’t in their shoes; It’s up to each person to decide. But, my advice is not to put yourself through guild too. It’s hard enough to make financial decisions. When you add guilt to the equation, it makes it that much more difficult.

What do you think? I’d like to hear your thoughts.
Daniel J. Winter
BankruptcyLawChicago.com
djw@DWinterLaw.com