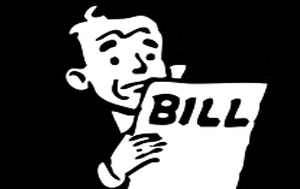 We have all heard Donald Trump talk, a lot, during this Republican presidential campaign, and, in the debates, many of his challengers, and the debate moderators, criticized him about his four bankruptcies.  Yes, 4 bankruptcies!  Take a look at this article, that shows a few things that Donald Trump got right about Bankruptcy.

First question: how can he file for bankruptcy and still be so rich?  The answer is that he didn’t file personal bankruptcy, he filed corporate bankruptcy. This means that when his business was struggling to pay its creditors, he would reorganize his debts in a Chapter 11 case, to essentially “cut deals” with his creditors to pay them less money, and still allow his company to function.  He remained rich because, even though he lost money as the value of his companies went down, he didn’t have his own personal assets on the line.  He didn’t have to sign any personal guarantees on the loans for the companies. So, while his companies had to go into Bankruptcy Court to restructure his debts, he didn’t have to do that.   Can you or I do that?  Not likely, because for banks, small business owners don’t have a track record that allows them to have so many other successful businesses, or the name recognition of Donald Trump, so we have to sign personally on our business loans.  And, if the typical small business goes south, most likely, that business owner have to consider personal Chapter 7 or Chapter 13 bankruptcy.

Second question: How was he able to file 4 bankruptcies?  That is because each company was able to file a separate case.  When people form coroporations, each company is a separate legal entity, so each company would  be able to restructure its debts in a separate bankruptcy.  It wasn’t as if he filed bankruptcies all at once, his corporate bankruptcy filings in 1992, 1994, 1995, and 2009, each for separate companies.  The idea behind allowing corporations, is to allow the business owners to invest, take risks to get companies going, but not to have them risk everything personally.

Whether you agree with the concept or not, corporate bankruptcy is part of the American free-enterprise system, and is totally legal, and court-supervised.  In many corporate cases, the business restructures, with court approval, and finds a way to keep operating, while paying creditors less.  That is how Chapter 11 cases work.  When asked in the debates why he filed bankruptcy, he said that the lenders are “total killers”.  Many regular people have dealt with them, and say the same thing.

Third Question:  How can I file bankruptcy and get rich?  You won’t get rich like Donald Trump, but you might be able to restructure your household budget to protect what you have, like your paycheck, without being squeezed each month.

If you have questions about your money situation, and are considering bankruptcy, call us, we can help you.  You might not get rich, but we can help you get “Peace of Mind”.