How Can Rap Star “50 Cent” be in Bankruptcy? 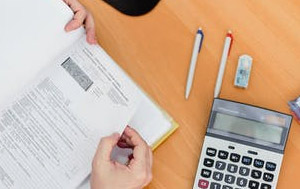 None of us “regular people” can relate to the amount of money that rapper 50 Cent (Curtis James Jackson III) makes on his songs, concerts and CDs.  If he makes so much money singing, and endorsing products, why is he in bankruptcy?

In July, he filed bankruptcy, a Chapter 11 Plan, which is a reorganization, to pay back his creditors.

Here are some insights into why someone that “rich and famous” would have to hold off his creditors in bankruptcy court:

And, to top it off, he still apparently needs to show he still looks rich by posting Instagram photos with lots of cash, like this one:

The judge was very angry, and required the rap star to come in to Court to explain these pictures. 50 said that he has an image to maintain, and that the cash is “fake”.  Wow!  This really demeans the legal process he is going through, and cheapens it.  It also contradicts his claim that he’s not so rich!  And, Mr. Jackson is trying to use it to help him?! Bad move!

What can we learn?

Our problems are not as “Grand” as 50-Cent’s, but they are important! After hearing about these problems, it makes your problems seem small, right?